The Rules about Birth Due Dates 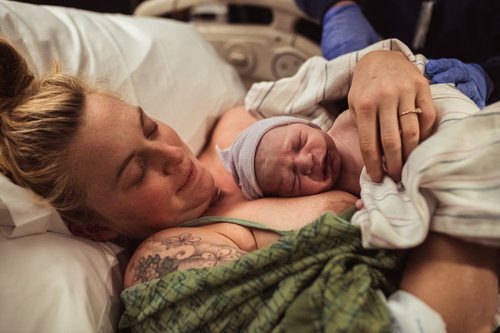 The first piece of information that a parent will receive as they find out their are pregnant, is when their baby will presumably be born and the rules about Birth Due Dates.

The Rules about Birth Due Dates can vary in the United States from State to State and from one care provider to another. Because this is such a liability (and lawsuit) based country, many OBs and Midwives will also have a preference regarding when they think it is appropriate for their client to give birth at home or not.

For example, in California the law does not allowed licensed homebirth midwives to assist the birth of a baby unless head down and singleton ( vs tween) and between the gestational stage of 37 to 42 weeks. Should the pregnancy show any variation of the above, a homebirth licensed midwife can run the risk to be reported to the medical board of the State of California, lose her license, pay a fine, go to jail. All terrifying things that sure make a midwife stress levels go to the roof.

The problem about the Rules about Birth Due Dates is that due dates are actually calculated based on a very ancient formula that observed cows pregnancies and does not take in consideration the fact that many women may have a shorted cycle than others, their ovulation times and family history.

I recently worked with a lovely family who had hired a midwife because they wanted to birth their baby at home. From the very beginning of mama’s pregnancy, she had told both me and the midwife how in her family there was an history of giving birth at or after 42 weeks.

Naturally, when this mama’s pregnancy went close to 42 weeks, no one was shocked. Baby’s vital signs were great. Mama was doing amazing: moving, eating well, staying focused and trusting that her baby will come just at the right time. But unfortunately as she got closer and closer to 42 weeks, her midwife became less and less comfortable with her birthing at home under he practice.

So when this mama went into labor, after laboring for a full 24 hours at home, we had to transfer to the hospital where her baby was born healthy and strong, yet in an environment that was totally the opposite of what this family had hoped and worked so hard for 9 months.

The Rules about Birth Due Dates played such a critical role for this family, when there really was no medical evidence that they needed to be in an hospital and that birthing at home was not possible for them. While I can understand the fact that midwives need to protect their licence, I am also seeing a huge amount of fear around practicing midwifery care.

I am not sure if this new trend has to do with Covid and the heartbreaking loss of trust we all experienced toward friends, family and trusted medical providers, but this is a classic example of how the system totally failed this family. A system that does not protect mothers and babies, rather puts finance, liability and fear on the forefront of what should be the priority: evidence based and informed consent birth.

I firmly believe that the Rules about Birth Due Dates and the whole system needs to be burned to the ground and rebuilt from scratch. That the voices of care providers, parents and birth workers need to be heard and respected. Especially when we don’t need to look far and simply follow the example of perinatal care of other countries such as Sweden and the Netherlands, where midwifery care is the standard care of practice and it is also covered by insurance.